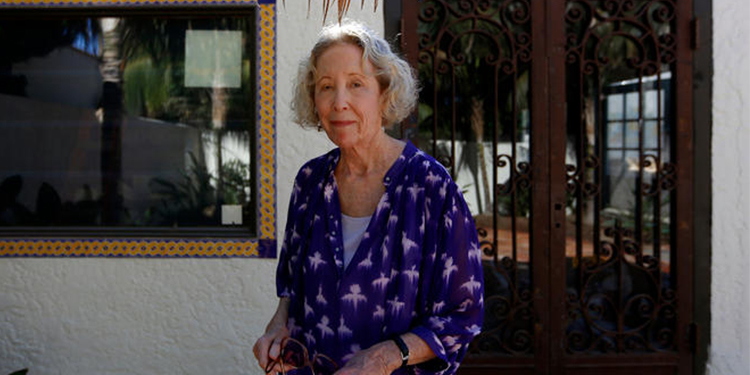 Multiple bills with the endorsement of Brown are moving through the Legislature to make it easier for homeowners to build small units on their properties, whether in their garages, as additions to existing homes or as new, freestanding structures.

Los Angeles Mayor Eric Garcetti and other supporters hope the relaxed rules will spur backyard home building to combat a housing shortage that, by one estimate, leaves the state annually more than 100,000 new units behind what’s needed to keep pace with soaring home prices.

Together, the Bloom and Wieckowski bills would force cities to permit the backyard homes — also known as “secondary units” or “granny flats” — eliminate cities’ ability to require additional parking spaces for units near transit, and limit fees charged to connect to local water and sewer systems.

Homeowners such as Rochelle D. Ventura could stand to benefit if the bills pass.

The retiree, who once worked in city government, said she spent around $5,000 several years ago in an attempt to build a secondary unit in her Beverly Grove backyard.

But after the design was submitted to the city, Ventura said she was denied: The driveway that led to the backyard wasn’t wide enough, and a portion of it was covered.

“I couldn’t do it, and that is a shame,” said Ventura, 78. “I have a beautiful granddaughter who was going to live there.”

For more than a decade, state law has tried to encourage homeowners to build additional units on their properties, but the authors say that cities’ processes remain too complicated and expensive for homeowners to take advantage.

The morass is especially deep in Los Angeles.

For the moment, city officials have stopped approving secondary units because a Superior Court ruling this year invalidated the city’s permitting rules. Officials expect to present a fix to the City Council in August to allow homeowners to build again.

But even before the moratorium, Los Angeles homeowners added few secondary units to their properties. Since 2003, only 591 units have been permitted and only 347 completed, according to a planning department report.

Planning experts said construction has been muted because of additional city requirements to build and difficulty homeowners have in securing financing. In addition, the decision to build a backyard unit is made by individual homeowners who might be leery of taking on the time-consuming and messy construction process.

The package of bills tries to ease some of the burden. Bloom’s bill, for example, would also bar cities from mandating large uncovered pathways from secondary units to the public street — thus allowing a simple side yard to suffice for access.

That change could have a big impact on Los Angeles, where a requirement for a 10-foot wide passageway clear to the sky has made secondary units impractical for many Angelenos, including Ventura, said Mark Vallianatos, an urban planning expert and co-founder of the advocacy group Abundant Housing L.A.

“It could help unlock a lot more properties,” he said.

Bloom said Los Angeles’ difficulties with building secondary units is one of the main reasons new laws are needed.

“The city is relying on us to get this legislation passed,” Bloom said.

Still, like the backyard homes themselves, this answer to the state’s housing problems is small. Adding a secondary unit to just 10% of single-family properties within Los Angeles would create 50,000 new homes, according to a motion before the City Council. A similar percentage of homeowners adding second units in the San Francisco Bay Area would lead to 150,000 new homes.

But the state bills are unlikely to create housing on such a scale — at least any time soon, said Dana Cuff, director of cityLAB at UCLA’s School of the Arts and Architecture.

Local jurisdictions could still impose additional regulations. Furthermore, Cuff noted, units will be added one by one, at the whim of individual homeowners.

“It’s not like taking a finger out of the dike,” said Cuff, who is helping Bloom craft his bill. “It will just make it slightly easier for homeowners.”

The two bills, alongside a narrower measure from Assemblyman Tony Thurmond (D-Richmond) that would help remove obstacles for homeowners wanting to convert unused space inside their homes into new housing, have received broad support in the Legislature. The bills must be taken up by the end of August.

Ventura, the thwarted homeowner, said she still likes the idea of a secondary unit, but it’s no longer practical — even if the law is changed. After receiving her denial, she decided to build an outdoor dining and lounge area instead of another housing unit.

“If they can change the law to make it easier, that’s great,” she said. “It’s too late for me, but hopefully it will work out for others.”