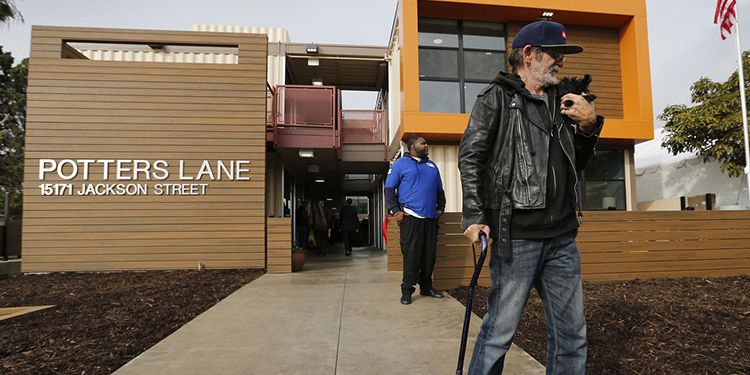 About 300 people turned out Wednesday for the dedication of Potter’s Lane, an Orange County apartment building constructed with recycled shipping containers that will house homeless veterans.

The $6.3-million project, due to open by mid-February, will be the state’s first multifamily housing made from shipping containers, said Donna Gallup, president and chief executive of American Family Housing, an Orange County homeless services and housing organization.

The new apartments stand on a parcel owned by American Family Housing adjacent to its Midway City headquarters.

In an emotional address, Gallup told the audience gathered under a circus-style tent in the American Family Housing parking lot that the breakneck construction schedule had brought on yelling, tears and meltdowns but ultimately proved a concept for quickly developing high-quality, durable and energy-efficient homeless housing on a short timeline.

From the arrival of the first container on Sept. 21, the 16-unit complex was completed in less than five months. 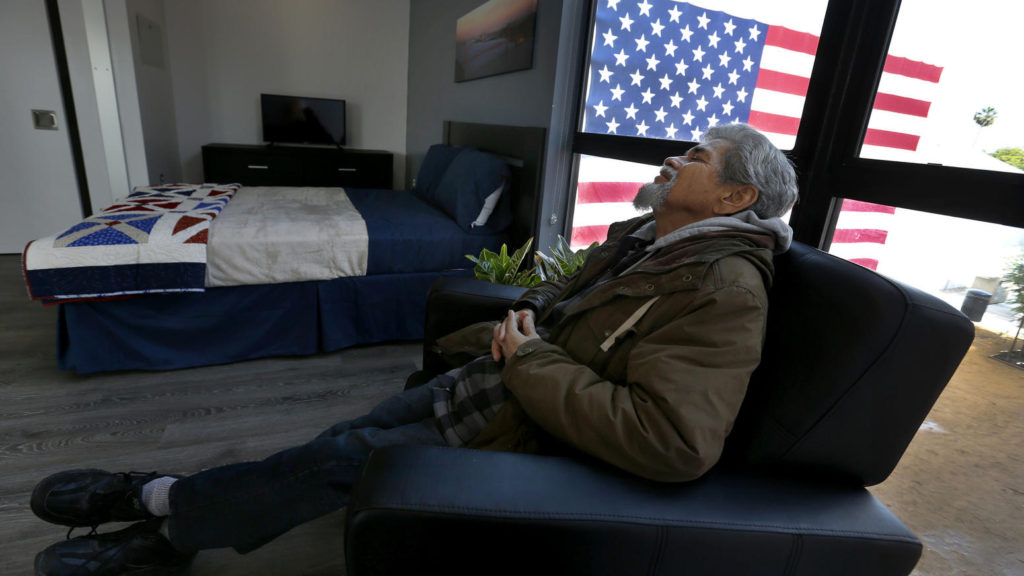 Once building officials sign off on the last details, the complex will be home to 15 formerly homeless veterans. The 16th unit will be occupied by a case manager to coordinate services for the tenants.

The 480-square-foot units were assembled from three containers each. The containers were prefabricated in a factory in Elysian Valley and delivered to the site by GrowthPoint, a company that recycles containers primarily for school buildings.