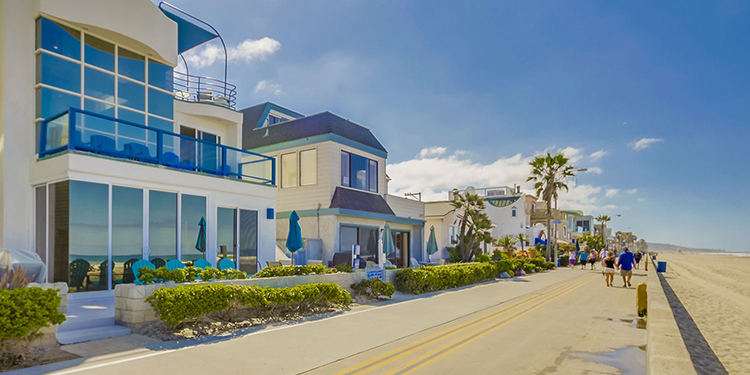 The more I learn about our complex society, the more our problems boil down to a basic failing: We don’t love our children enough.

No, this column isn’t about cancerous public liabilities, which diminish the future wealth of our kids in large measure to finance comfy lives and cheap health care for today’s retirees. It’s not even about California’s peculiar energy laws, which keep dirty old plants running so that solar and wind developers can get richer today with only marginal cuts to pollution, leaving the truly painful measures to future generations.

Instead, this column is about the soaring cost of housing in San Diego County. Crushing rents and crazy sale prices flow directly from our choices; the inevitable result of an old-fashioned shortage, caused by government fees and limits on new construction.

Not rocket science, this insight barely qualifies for Econ 101. In a functioning market, rising prices cause new suppliers to rush in. Yet in San Diego, as with most of coastal California, soaring housing prices have been greeted by falling construction activity.

Economists call this anomaly a “market failure” and, in a democracy, the failure traces back to us. We elect politicians who tax development to fund parks and roads that everybody uses. We vote to limit growth and sue to downsize projects.

Thus the adult children of San Diego are doomed to buy or rent in Temecula if we’re lucky, Las Vegas or Phoenix if we’re not. Silly me. I thought “not in my backyard” syndrome reflected an all-too-human hostility to more strangers, yet the net effect hits closer to home.

To see how this works, we turn to the theory and research that explain how we turn our loved ones into distant housing refugees.

First up is Lynn Reaser, chief economist at the Fermanian Business & Economic Institute at Point Loma Nazarene University, who in 2014, led a research team that found local regulations accounted for an astonishing 40 percent of the cost of a new house, condo or apartment in San Diego County.

Much of the added cost came directly from a long list of government fees, funding everything from schools to transit to public administration. For example, the average new condo selling for between $300,000 and $450,000 included a cut for the city of San Diego of $64,381, the study found.

Less directly, an average 8 percent of additional higher cost (or $24,000 in this example) was inflated by the absurdly named “affordable housing” requirement. This mandate forces builders to set aside 10 percent of developments for units to rent at below-market rates for 55 years.

Kafka could hardly design a better shortage-inducing system: Raise the overall price of market units, thus ensuring that fewer get built, in order to subsidize a handful of poor families — having been rendered unable to afford the pricey units — who win a lottery administered by local government agencies, with staffs funded by housing fees that inflate prices.

Other costs don’t directly help government at all. Delays enrich financiers who demand higher, risk-based returns to sit around for years waiting to see if a city council will approve a project. San Diego has five bureaucratic layers of approval, and that’s if nothing goes to court. Such delays feed an ecosystem of lawyers, engineers and other consultants who produce thousands of pages of reports that nobody reads.

Adding it all together, Reaser’s team can demonstrate how $180,000 of that $450,000 house or apartment owes to local regulations.

But hold on a minute. Don’t these regulations protect the environment from dirty hordes of new residents? In fact, the opposite is often true, as Harvard economist Edward Glaeser has argued persuasively in a series of papers.

In San Diego’s case, anti-growth policies in the 1990s and 2000s contributed to a historic construction boom in Southwest Riverside County. Instead of a 200-unit condo complex in temperate Carlsbad or San Diego, the market delivered 200 single-family, air-conditioned houses in scorching Murrieta.

And nearly half of those distant residents burn gasoline driving back to Carlsbad and beyond for jobs. Not only do “traffic mitigation” regulations hurt renters and homebuyers, but they also tend to make traffic worse, especially because coastal governments tend to spend their fee windfalls on anything but new roads.

This brings us to the indirect costs of shortage itself.

In a landmark study published in 2003, Glaeser and Wharton economist Joseph Gyourko found that zoning and land use controls were the dominant forces driving up housing costs.

The economists reasoned that in a competitive market with low barriers to new supply, the price of a new house should be very close to the marginal, physical cost of construction, with older houses costing less than an industry index of construction costs (materials and labor). So they tested the idea and found that, indeed, housing prices hewed closely to construction costs just about everywhere but California and parts of some eastern cities.

Differences were dramatic and held up over time. In 2014, Glaeser reports, the median sale price was 125 percent of the construction index in 85 percent of U.S. cities — but more than double in 10 percent of the cities, including coastal Southern California.

Perhaps more telling, California’s values were much closer to the national average for decades before 1972. That’s when a court decision in the Friends of Mammoth case expanded the California Environmental Quality Act of 1970, which had been limited to public projects, to require local reviews of all private development, too.

Put simply, in the absence of local zoning and fees, a decent older starter house with two or three bedrooms in North Park or Carlsbad would cost $200,000, just like it does in most of the nation, instead of $500,00 and up.

This focus on tight supply begs some consideration of demand, which has fundamentally changed in San Diego County.

For one thing, working-class hordes from Oklahoma or Mexico stopped arriving long ago. Roughly 14,000 more people have left the region than arrived each year since the late 2000s. In the future, forecasters see growth coming from a basic excess of births over deaths, which is declining.

Our children, not immigrants, will be driving middle-class housing demand, in other words. Meanwhile, they increasingly compete with investors, whose arrival in force is yet another byproduct of supply limitations.

As Nobel laureate Robert Shiller has shown, the housing markets in coastal California have since the 1970s come to more closely resemble financial markets, featuring increased price volatility and sharper cycles of booms and busts. Investors are less interested in housing markets subject to robust competition from new suppliers.

Indeed, fast-rising housing values are just peachy for property owners, at least those who collect rents or plan to cash in their homes and leave someday. By way of full disclosure, your humble columnist is both a homeowner and small-time landlord.

Another thing: Homeowners, who tend to be older, vote in far larger numbers in local elections than renters, who tend to be younger. We shouldn’t be surprised that city politicians, even those who know better, would embrace anti-growth policies that reward owners.

Given the Panic of 2008 and political unrest since, some pundits think Generation Z and the tail end of the Millennials will become the biggest activist population bulge since the 1960s.

Along with marching for transgender bathrooms and saving the planet, these kids would be wise to start agitating for the “yes in my backyard” movement, if they ever want to settle comfortably in California. Their parents certainly aren’t doing it for them.