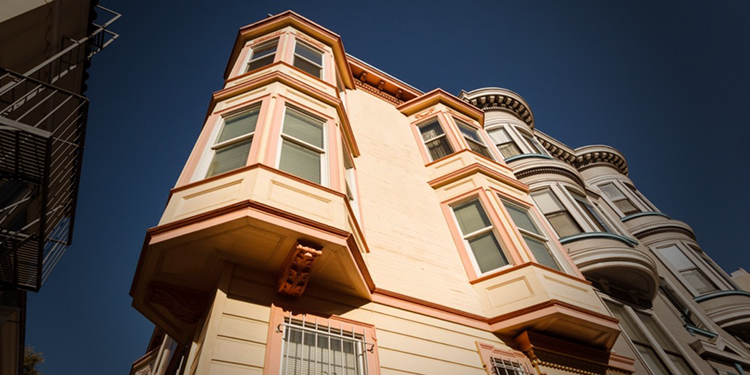 The Apartment Association of Greater Los Angeles has taken an official stand against a ballot initiative that will repeal Costa Hawkins, California’s 1995 rental housing act. The Affordable Housing Bond Act has collected enough signatures, according to proponents, to make it onto the November ballot, and controversy has already surrounded the issue. Opponents say that the ballot measure will halt new construction of apartment units — which they believe is the only solution to the housing crisis — and push small owners out of the market. We sat down with Daniel M. Yukelson, executive director of the Apartment Association of Greater L.A., to talk about the organizations stance and how a repeal of Costa Hawkins would impact the real estate market.

GlobeSt.com: Why is the Apartment Association taking an official position against the repeal of Costa Hawkins?

Daniel M. Yukelson: The proposed ballot initiative to repeal the Costa-Hawkins Rental Housing Act, is being called the “Affordable Housing Act,” but it does not provide for funding of any affordable housing.  The initiative will only make matters worse and result in severe financial consequence for property owners and the State of California.

Costa-Hawkins, which was passed in 1995, is the only protection rental property owners have at their disposal, particularly for those of us that operate in rent-controlled jurisdictions. It is the one thing that we can “hang our hat on” to protect our investment and remain in business. Costa-Hawkins allows us to have “vacancy de-control,” which means that when a tenant vacates an apartment unit, rent for that unit may be raised to the going market rate.  Without that, all of our property values will be severely diminished and the majority of our association’s members, most of which are small, mom-and-pop owners, will be forced out of business.

With costs such as earthquake insurance, water, trash hauling, maintenance and repairs, and compliance (legal) costs rising far faster than the 1% to 3% allowable rent increases permitted by most rent controlled jurisdictions, it won’t be long before rental property owners will be forced to sell or forced out of business entirely.  When that happens, rental properties will be removed from the market and cause additional housing shortages are sold and converted to condominiums or other uses.  We are already seeing trends like this in cities such as Santa Monica that has already indicated a desire to roll back rents to levels seen in the 1970’s if Costa-Hawkins were to be repealed — record numbers of multifamily properties are on the market today in that City.

GlobeSt.com: If Costa-Hawkins is repealed, what properties will be affected?

Yukelson: Most people do not realize this, but if Costa-Hawkins is repealed, single family homes and condominiums will be subject to rent control laws. Many people, particularly seniors, often wish to downsize or move into assisted living facilities, and rather than sell their house or condominium and pay a large capital gains tax, they prefer to rent their homes.  How fair is it, in the face of rising double-digit increases in medical costs and senior care, that a senior depending on social security and rental income cannot keep up with their medical costs and costs of assisted living and suddenly need to rely on government assistance?  We have seen examples of this in rent-controlled jurisdictions, and without Costa-Hawkins this will only get worse.

The proposed ballot initiative allows for any group, lawyers, tenants’ rights advocates, etc. to step in and defend the constitutionality of the initiative, which must be paid for by the State Attorney General’s Office.  This could cost our State $100’s of millions of dollars.

GlobeSt.com: How will repealing Costa-Hawkins impact the real estate market?

Yukelson: Repealing Costa-Hawkins will only depress rental property values as further restrictions are placed on the ability to earn rental income, and will lead to blight as property owners can no longer afford to maintain their properties.  This in turn will result in lower property taxes, which will impact revenues for our schools and cities.  The estimated economic impact in the State of California if Costa-Hawkins were to be repealed is $5.7 Billion of lost economic output due to lower rental income, reduced expenditures on trades such as plumbers and carpenters, and resulting lost employment.

Without a doubt, the law of unintended consequences will carry severe, negative impacts throughout the State of California.  And, like most legislation, there are always risks of drafting errors or misunderstandings that can only be “tweaked” by another ballot initiative – our State legislature’s hands will be tied should the initiative require amendment.

Affordable housing needs to be built and provided to people in this State that actually need it.  Cities need to ease building restrictions and incentives for affordable housing. Increased supply yields lower prices; it is the principal of supply and demand. Rent control laws are never targeted to those that actually need housing assistance, and never actually provide more affordable housing units.  These policies end up doing the exact opposite by creating further housing shortages and driving up housing costs.  Once a rent control ordinance is initially passed, only the very few that are fortunate enough to obtain a rent controlled unit benefit, and very few of those that do, actually need rental assistance.  So, what ends up happening is that property owners of moderate means end up subsidizing far richer tenants.  The whole concept of rent control is bad policy and just is unfair to those that invest in rental property, that work hard to operate their buildings and that sacrificed and taking risks by investing.

GlobeSt.com: I understand that your position is that more supply is the best path to combating affordability issues; however, new development takes years. Is there a way to encourage affordability in the near term?

Yukelson: Certainly, on a mid to long-term basis, building more housing, particularly affordable housing, is the “key” to solving the issue.  Our apartment association definitely wants to be part of the solution, and has been advocating for a number programs that will help with affordability and provide affordable housing almost immediately.

First, we recognize that there is a homeless crisis here in Southern California.  Our associations played an integral role in working with the City of Los Angeles to create an ordinance that converts motels throughout the City into homeless shelters run by non-profit organizations.  This program needs to be expanded beyond the City of L.A.’s borders.  As a result, thousands of homeless people can now be moved off the streets and into shelters in the City of Los Angeles.

Second, we have been advocating for a program we call “L.I.V.E. Los Angeles,” which is a simple voucher program targeted for working families and individuals that are at risk of becoming homeless or that just recently became homeless.  “L.I.V.E.” stands for Lower Income Voucher Equity program.  This is not Section 8 housing, which is a program operated by the U.S. Department of Housing and Urban Development (or “HUD”), which requires a mountain of paperwork, extensive compliance and inspections to participate.  Under our proposed program, which is based in part on a program launched in Denver this year, individuals and families that qualify based on financial need would be matched with property owners and enter into a standard lease agreement with a 1-page LIVE Los Angeles addendum.  Participants may stay in the program for 2-3 years during which time their rent is subsidized, a portion of the subsidy they receive is placed into a savings account that is later turned over to them so that they can afford their next home, and job training and other programs to assist with career development and earning potential.  The intention is to have the program supported by employers, non-profits and government agencies.  Employers are motivated to sponsor the program to keep a stable workforce and limit excessive employee commuting time.  We have been pushing this concept to chambers of commerce, non-profits and to City and County government officials.  We hope to test the concept very soon and have estimated that with an initial test investment of as little as $200,000 that we can house of to 14 families for one-year.  On any given day of the week, there are over 30,000 available apartment units within the City of Los Angeles alone.  I say, let’s place people that need affordable housing into these units through our LIVE Los Angeles program; it’s an immediate solution for 30,000 families living in the City.