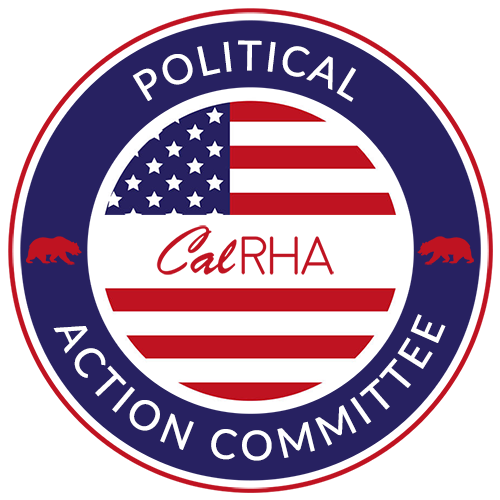 CalRHA exists to defend the interests of rental housing providers on Statewide issues.

CalRHA and our member associations play a vital role in working to either eliminate bad bills in committee or reduce the negative elements of the bill to make them palatable to our members.

CalRHA was one of the leaders in the fight to defeat Proposition 10 in 2018, and Proposition 21 in 2020. The initial polling showed us losing, and the dominant messaging was landlord versus tenant. CalRHA formed a coalition with other property rights advocates, raised millions of dollars and changed the messaging. These efforts resulted in a resounding victories in both campaigns.

But the fight continues. Thousands of bills are introduced in the State legislature every year.  CalRHA and their political affairs firm reviews every bill to identify which ones impact the housing industry.

Knowing what is coming has limited value. What matters is our ability to impact the outcome of legislation.

Effective lobbying requires an understanding of the process, the policy, and the players. And our team possesses the experience and knowledge to connect all three.

The rental housing industry spent more than $100 million to defeat Proposition 10 and Proposition 21. It makes sense to make a small investment in defending what we fought so hard to win.

In order to continue our success, we need to have a seat at the table when legislation is being developed.  We need to continue to develop relationships with Governor Newsom and his senior leadership, as well as senior legislative leaders in the Senate and Assembly.  Accordingly, we created a candidate Political Action Committee (PAC) to ensure we will be able to participate in (and financially support ) exclusive legislator events to ensure our voice is heard in Sacramento.

Your financial support is required to allow us to defend our ability to provide quality rental housing to California residents.

The California Rental Housing Association (CalRHA) represents almost 24,000 members totaling more than 653,000 units, made up of small, medium and large rental housing owners throughout the State of California.

Our purpose is to advocate in the best interest of the rental housing industry and collectively address industry needs.

BEFORE REACHING OUT TO US, PLEASE READ:
All information provided by CalRHA is intended for general information only, and should not be construed as legal, tax, or financial advice applicable to your particular situation. CalRHA was established to serve the needs of property owners, managers and other stakeholders involved in providing quality rental housing to California residents.

As a property/owner member of CalRHA you are entitled to all membership benefits and services at member rates, which also includes National Apartment Association (NAA) rates.

Additionally, as a supplier member of CalRHA, $30 of your annual membership dues goes towards a one-year subscription to units Magazine and is non-deductible for association dues payment.

In compliance with the Omnibus Reconciliation Act of 1993, 70% of your annual membership dues goes towards lobbying expenses and is non-deductible for association dues payment.