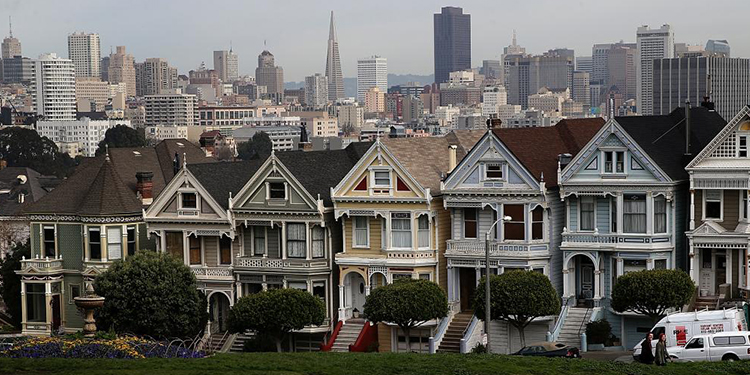 It literally says, “yes, in our backyard.”

In a white paper released Monday, the Obama administration pins a whole bunch of America’s problems — including income inequality, plodding economic growth, gentrification, long commutes, the strained safety net, homelessness, and racial segregation — on the restrictive land-use policies of American cities, counties, and suburbs (and by extension, the NIMBYs who promote them).

It’s nothing you won’t already know if you’ve tried to buy a house or rent an apartment in a number of American cities lately (or if you read Slate!). The 23-page Housing Development Toolkit reiterates arguments that housing writers like Emily Badger and Matt Yglesias have been making for the past five years, as America’s housing problem morphed from foreclosures to sky-high rents and home prices.

Still, it’s nice to see it coming from the very top.

The problem is worst in certain high-cost, high-wage cities, but the White House isn’t intervening on their behalf. Instead, the report does a good job illustrating how what began with cranky homeowners in the San Fernando Valley, anti-gentrification activists on the Upper West Side, or at quality-of-life meetings in Palo Alto, California, and Winnetka, Illinois, has helped to reverse what for a 100 years was the defining feature of American life: economic mobility.

Between 1880 and 1980, poor people moved to rich places: Okies to California, southern blacks to Chicago and New York, rural whites to cities across the Midwest and later, the South. That happens less now than it used to, in part because the poor can’t afford to live near the rich. As a result, the rate of income convergence across states has declined over the past 30 years, after a century of gains spurred by economic mobility. The wonkiest argument in favor of housing-supply restrictions in high-wage cities like San Francisco might be Conor Sen’s belief that “job convergence between metros ‘spreads the wealth’ ”– that San Francisco’s loss is Phoenix’s gain, and that’s good for America.

Not really: Per capita income in Connecticut and Mississippi moved toward evening out between 1940 and 1980, and then stopped. That poor people stay in Mississippi or move there because they can’t afford the New York suburbs is not cause for either state to pat itself on the back.

For this we can blame both well-intentioned environmental protections and permitting processes, but also, in the White House’s words, “laws plainly designed to exclude multifamily or affordable housing.” There can be no ambiguity about the anti-rental housing sentiment in places like Boulder, Colorado, or Westchester County, New York: It is pure, territorial NIMBYism. The report reserves a special section for Los Angeles, which both has, by some measures, the highest rents in the country and is also home to a celebrity-funded anti-growth initiative masquerading as an environmental movement. (As the situation in the Bay Area demonstrates, restrictions on infill housing either force teachers to commute two hours to their jobs — inhumane and not environmentally friendly — or force police officers to live in trailers in city parking lots — hey, that’s one way to fulfill a residency requirement!)

“The growing severity of undersupplied housing markets,” the report concludes, “is jeopardizing housing affordability for working families, increasing income inequality by reducing less-skilled workers’ access to high-wage labor markets, and stifling GDP growth by driving labor migration away from the most productive regions.”

The administration has already used what power it has through the Department of Housing and Urban Development to try to desegregate the suburbs. So what’s in the Obama toolkit of policy prescriptions for local and state housing?

The problem with this report, unfortunately, is that it does little to confront the large, diverse, and effective coalition that is arrayed against these changes: the wealthy suburbanites who don’t want rental housing in their neighborhoods; the urban white ethnics for whom more than half of household wealth sits in home values; the labor unions reluctant to support initiatives that lead to nonunion construction; the environmental groups and preservationist groups fearing a slippery-slope erosion of hard-fought gains; the Agenda 21 — fearing conservatives; the municipal politicians who view extensive land-use reviews as an essential component of their power; the poor tenants who fear the catalytic, rent-spiking effect that new construction can sometimes produce at a local level and resent bearing the burdens of new development; the car-dependent commuters who feel that an on-street parking spot is a God-given right.

Will those people be convinced by suggestions for housing development emanating from the Oval Office? Somehow I doubt it.