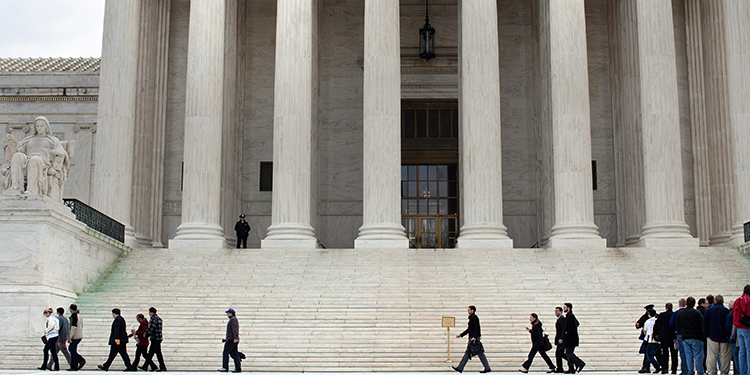 It’s a new year, and with it comes many changes and new legislative challenges for the Association. We expect some remarkably bad bills we helped defeat in previous years to return this year. The list includes a proposed mandate that property managers accept Section 8 tenants. In addition to new legislative measures, a number of proposed State regulations affecting property management are expected to be voted on this year. During this time the impact of a new federal administration will unquestionably affect a broad spectrum of residents of our State.

Here’s a sample of what’s coming up this legislative year:

Democratic Super-Majority: The results of the November 2016 election in California provided the Democrats with a super-majority in both houses of the Legislature. That means at least two-thirds of the 40 Senators and 80 Assembly Members are registered Democrats. That’s enough for them to approve tax increases, suspend legislative rules, pass urgency legislation, move constitutional amendments to the ballot, and overturn the Governor’s vetoes without any support from Republicans.

While the super-majority theoretically gives the Democrats vast powers to enact legislation of their liking, there may be a sufficient number of moderate and pro-business Democrats to provide a counterbalance on a limited number of issues in the progressive agenda. Still, it will be an uphill battle fending off the various anti-property management bills coming this year. It is evident this year more than ever: Association members must be proactive in calling their respective legislators to voice their concerns about the impact of legislative proposals on their business.

Section 8 Housing Bill: Last year’s awful Section 8 housing bill is coming back in 2017. As you may recall, the bill would force all residential rental property owners to participate in the Section 8 housing program. One of the adverse impacts of this proposal is to compel rental property owners to accept all Section 8 government-mandated lease terms and regulations—the manual of which is approximately 400 pages long. In the guise of preventing discrimination based on “source of income,” the bill creates a special class of residents with more rights and fewer responsibilities than other residents. The significant administrative burdens imposed on property owners who participate in the Section 8 program drive up costs and increase vacancies.

Price Control Bill: For the third legislative session in a row, a housing price control bill will be introduced. Commonly referred to as “inclusionary housing,” the price control mandates prohibit owners from setting the initial and subsequent rates on a percentage of their units. The bill will also seek to overturn Palmer/Sixth Street Properties L.P. v. City of Los Angeles, the case which upheld the Costa-Hawkins Act exemption of newly constructed rental units from price controls. California’s much publicized “housing crisis” is beginning to be recognized (finally!) as caused by local and state government policies that stifle private capital investment.

Immigration Bill: The Association will be cosponsoring an immigration-related housing bill this legislative session. The bill would prohibit all government entities in all California jurisdictions from requiring rental property owners and managers from compiling, disclosing, reporting, providing or otherwise taking any action based on the immigration or citizenship status of a tenant or prospective tenant. The bill would also restate existing law that prohibits rental property owners from independently performing any of these acts.

The bill is an extension to a 2007 bill that was sponsored by the Apartment Association, California Southern Cities and the Apartment Association of Orange County which barred cities and counties from requiring owners to take action against tenants based on their citizenship. That bill came about in response to anti-immigration ordinances that were being introduced and adopted by local governments throughout the country. One such ordinance enacted by California’s own City of Escondido sought to ban rental property owners from renting to undocumented immigrants. Another ordinance, out of Hazleton, Pennsylvania, sought to make it more difficult for undocumented immigrants to live and work in the city. The ordinances required anyone renting housing to obtain an occupancy permit for which only those lawfully present in the United States were eligible. The ordinances also prohibited property owners from renting to unauthorized immigrants and city businesses from hiring them. The 2017 bill will ensure all rental property owners and tenants are protected from these types of discriminatory policies.

We expect the introduction of over 140 bills this year that will affect property managers and owners. In future articles, we will feature other legislative measures that should be of great interest.