Negative Consequences of a Costa-Hawkins Repeal are Entirely Predictable 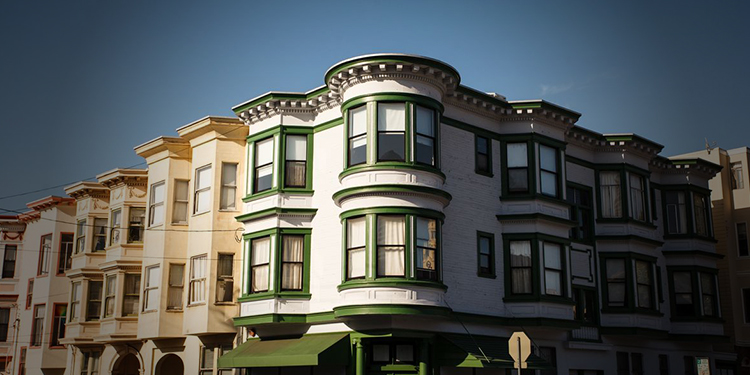 As reported in the President’s Message, AB1506, repealing the Costa-Hawkins Act, failed to make it out of committee. Those who believe that such problems as rising rents, evictions, and loss of ethnic and economic diversity in San Francisco can be solved legislatively by unrestricted rent control will continue to believe that as an article of faith, immune to evidence that unrestricted rent control has been disastrous in cities where it has been enacted. It’s safe to predict that we’ll see more efforts to repeal Costa-Hawkins, including the current initiative to put a repeal measure on the November 2018 state ballot.

Should rent control advocates succeed in repealing Costa-Hawkins, there will be serious repercussions for single family home, condo, and multi-family rental building owners.

• For rental units now under rent control, the first thing tenant advocates will push for, and win, is vacancy control — no more raising the rent to market when the unit is empty. Our existing base rent will be our base rent forever, with increases limited to the percentage dictated by the Rent Board. Since these percentages are not keyed to the rise in costs for owners, they’ll fall farther and farther behind market rate rents: less money for necessary repairs and maintenance — not to mention city imposed mandates, such as reducing seismic vulnerability. And return on invested capital will become negligible or negative, prompting many owners to exit the business while the Ellis Act is still in effect. Vacancy control will raise several questions: Who keeps records of what base rents are? How are the record-keepers paid? And who would decide who gets the unit at its permanently low rent if the renter dies? As the low-rent unit will have a financial value based on its difference from the going market rate, who collects the (probably illegal) payment from the eager tenant-to-be?

• For rental units not now under rent control, their owners will be in for a number of unpleasant surprises. Rented single-family homes and condos, now exempt from rent control, will be limited to the Rent Board’s increases and will be unable to raise the rent to market rate when the renter leaves. Suppose an owner has to leave town for a year or two for business or personal reasons, and rents out his residence with the intention of moving back in when he returns. Not so fast: he has given the renter property rights, and in order to move back in, he’ll be required to give the renter notice for a number of months depending on the renter’s age and health, and to pay the renter a hefty relocation fee which increases with the number of occupants. If for any reason the owner then has to move out again and re-rent the unit within five years of the owner-move-in eviction, he must offer it back to the original renter at the old rent plus allowable annual increases; should the renter decline to return, the unit must still be offered at
a rent based on what it was at the time the owner first took possession of the unit.

• For owners of rental properties constructed after 1995 (the year the Costa-Hawkins Act was passed), currently exempted from rent controls, its repeal will allow rent control advocates to place those units under rent control as well.

• For individuals or corporations considering investing in building new rental units, the loss of protection from rent control for new construction will discourage investment in new units. Why would any investor put money into building new rental units with the probability of being forbidden to make a profit? This is precisely the reason buildings constructed after 1979 were exempted from the San Francisco Rent Ordinance when it was adopted in 1979, and buildings built since 1995 were exempted by Costa-Hawkins. This onus on new construction will also be exacerbated by the new GOP tax law. Since 1986, real estate developers have received a tax credit — amounting to about $9 billion a year — to invest in affordable housing. It has funded construction or rehabilitation of about 30% of the 20 million affordable units built to date. Developers transfer their credits to corporations in exchange for equity in the rental buildings, and the corporations use the credits against future taxes. However, with the business tax rate more than cut in half, the value of these tax credits to corporations is reduced. So will be their interest in funding affordable housing.

Predictable consequences of changes in rent control that would be made possible by the repeal of the Costa-Hawkins Act include the effects economists have identified in the past from rent control — reduction of the number of rental units available and deterioration of their quality. The value of units under vacancy control will decrease as will their sale price, harming owners who planned to finance their old-age expenses by selling their property. It is also a sure thing that people will find ways to convert existing rental units into something more economically productive, or to evade the provisions of the law.

No legislation can persuade people with money to invest in money-losing enterprises, or persuade property owners to keep putting money into a building that is operating at a loss. The only way to change the current situation of very high rents in San Francisco is to build more units. To make that happen, we must make it less burdensome to get the necessary permits, and have rent legislation that persuades investors that they can cover their costs and make a reasonable profit, rather than frightening them away.