The War on California’s “Mom and Pop” Housing Providers 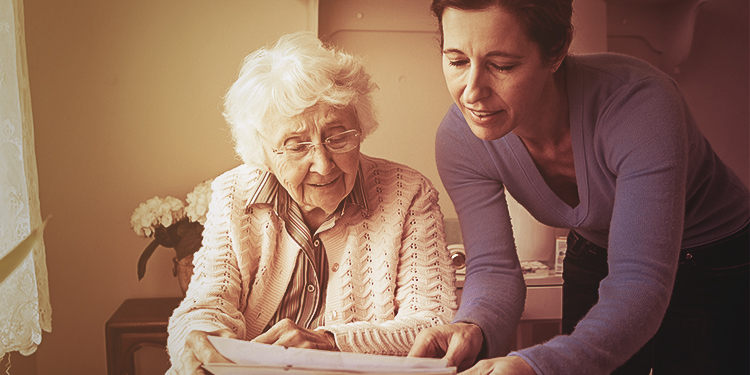 Now, many of the “mom and pop” owners are considering selling their property because they are no longer realizing the cash flow they had planned for in their retirement years.

Consider the story of the Norman Johnson family, a 70+ year-old retired probation officer and his wife.  He retired from Los Angeles County as a supervisor after over 40 years on the job.  He married his college sweetheart, who became a school teacher, and later promoted to elementary school principal before she retired.  The Johnsons have two grown children, who have moved out of the house and live happy lives.

The Johnsons initially lived in a small apartment when they first married.  Their plan was to save up for a down payment in order to buy a house.  They drove a modest car, and kept their other expenses down.  Their friends often teased them about being cheap.  They wore simple clothes and made frugal financial choices.

After three years, the Johnsons had saved enough to begin considering the purchase of a single-family home.  However, they choose instead to purchase a duplex which after taking into consideration the rental income and tax deductions, they had a lower monthly out of pocket cost than they had  living in their old apartment.  After purchasing the duplex, they continued saving and after five years had saved enough to make a second real estate purchase.

This time the Johnsons decided to purchase a four unit apartment building, which qualified under the Federal Housing Administration (FHA) finance regulations.  So, in a period of just eight years, the Johnsons owned a total of six units with positive cash flow.  In 1978, the State of California passed Proposition 13, which lowered property taxes, but exposed the Johnsons to more income taxes.  So, they decided to purchase a home with the additional income and rent out their unit in the duplex, giving them both more income and tax deductions.

Without much fanfare, the government then eliminated the tax deductions for owning more than two properties.  So, once again, this change in the tax code cost the Johnsons thousands of dollars as they lost the deduction for their third property.

Then, the City of Los Angeles along with other cities enacted rent regulations in an attempt to “stabilize” rents and protect tenants from increasing rents while private housing investment had started to decline, due in part to the Wall Street’s manipulation.  Now, at this point, we had begun seeing housing shortages and homelessness.  Rent regulations such as rent control created new costs and limited incomes, so again the Johnsons lost thousands of dollars.  Most members of the public don’t understand, or care about these losses incurred by rental property owners, particularly when it comes to the “moms and pops.”

The Johnsons have made investments in real estate and other areas as part of planning for their retirement.  Many “mom and pop” rental owners actually purchased their property to supplement to their retirements.  These owners have retired and depend on the rental income generated by these investments to survive and pay for things such as food, medical care and even their own housing costs.  Now many of the “moms and pops” are considering selling their property because they are no longer realizing the cash flow they had planned for in their retirement years.  Moreover, the new, very complicated tenant’s rights and protection laws are proving more than the average independent rental property owner can handle without professional help and a great deal of additional cost.

The current system of rental housing has become highly unbalanced and it is unfair to owners, particularly smaller owners.  When the government can enact eviction moratoriums, and tenants don’t have to pay rent despite owners still having to pay the taxes, mortgages, insurance and maintenance and other costs that continue unabated, this situation is just terribly wrong.

If that’s not enough, there is a movement afoot to provide free attorneys for tenants in unlawful detainer (eviction) court that is paid for by all of us taxpayers.  There should a similar service for “mom and pop” property owners because many of them too are of limited financial means.  The current one-sided legal system is totally unfair to property owners, particularly small owners.  Even before the eviction moratoriums, the cost of evicting a tenant could easily run an owner over $30,000 and take many months to adjudicate!  We should create an arbitration system where both sides are represented by an arbitrator, as opposed to one-sided legal help.

Given that the government doesn’t seem to believe small rental property owners are in business, the government should offer buy their properties at market rate, and the sellers should not be required to pay capital gains taxes.  This is what we do when property is taken by eminent domain.  Then they could allow tenants to remain in units for whatever rent they can afford to pay.  Los Angeles is losing nearly 6 units of rent controlled housing every day due to this Wall Street manipulation and one-sided regulatory environment.

Currently the Johnsons are owed over $85,000 dollars and counting because two of their tenants have not paid any rent for some time.  With the moratorium in the City of Los Angeles still in place, they can’t evict these non-paying tenants and because the tenants didn’t have real losses, they wouldn’t sign the rent assistance forms which required them to declare they had lost income due to COVID-19, which they had not.  Moreover, the law forbids the Johnsons from inquiring about their tenant’s financial condition and obtaining proof of their alleged COVID-19 impacts.  So, the Johnsons also lost out of state rent relief funds under the Housing is Key program. Nevertheless, as you might expect, the Johnsons are still responsible for ALL the expenses for the property including the taxes and maintenance on the building!

The Johnsons are seriously considering selling their properties to one of the real estate investment trusts (REIT) or private equity firms.  Some owners are actually selling their property and carrying back the paper to avoid taxes.  Rental property owners have been vilified by government and the political process.  The reality is the government is being unwittingly manipulated by the Wall Street folks.  Soon homeownership will be a thing of the past.  Real Estate was once considered a sound investment.  Changes in tax policy and the burden of student loans have driven it down as a good investment for the small investor.  Families like the Johnsons have been the clear losers in all of this.

Both progressives and conservatives fall short on housing issues.  What were the programs that worked before?  We created opportunities for regular people to invest in housing.  Apart from FANNIE MAE and FREDDIE MAC, we wrote tax laws to encourage private investment, creating wealth on a broad spectrum.  Now we see a widening of the wealth gap.

The last 40 years have been a direct assault on rental property owners, more particularly the “mom and pop” rental property owners like the Johnsons.  This assault has come from all levels of government, local, state and federal, manipulated by Wall Street.  In order to repair the private housing marketplace, it will take changes at these same levels.

This war on rental property owners by Wall Street is in part responsible for the housing shortage we see across America today.  Real estate was once considered a way of achieving generational wealth.  Soon we will revert to the old feudal system where the wealthy, Wall Street, own all the land, and as a result, they will become the landlords while the rest of us become Serfs, the tenants.

REMEMBER to SHARE this news on your FAVORITE SOCIAL MEDIA NETWORKS: