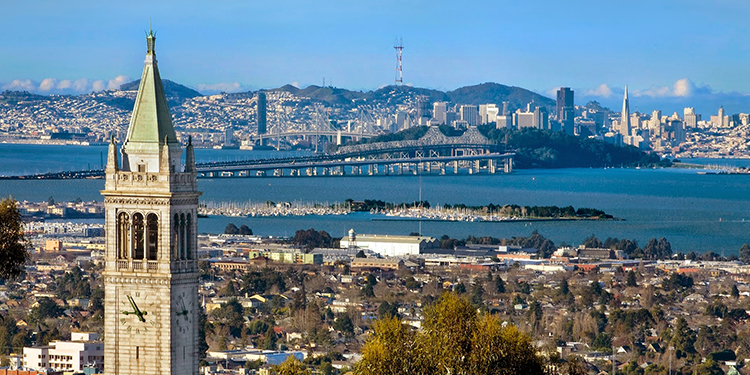 Berkeley, Calif., Aug. 17, 2016 — In an extraordinary move, the City of Berkeley has refused to correct official ballot language that overstates revenue estimates from a proposed tax increase and conceals exemptions for politically influential real estate developers and owners of new luxury apartment buildings.

On Wednesday, the Berkeley Rental Housing Coalition, a political action committee for an association of Berkeley property owners, filed a lawsuit in Alameda County Superior Court to require the ballot language to acknowledge exemptions from the proposed tax hike for certain classes of residential rental property owners and to correct the revenue estimates.

“It is unfortunate — to say the least — that we were forced to go to court get the City of Berkeley to level with Berkeley voters,” said Krista Gulbransen, executive director of the Berkeley Rental Housing Coalition.

Measure U1 would boost the tax rate by approximately 160 percent to 2.88 percent of gross receipts — but contains a provision exempting certain groups from the higher rate, most notably owners of new apartment complexes for the first 12 years of occupancy.

Last week, after complaints were lodged about the wording of Measure U1, a special meeting of the Berkeley City Council was scheduled for Thursday, Aug. 11, in part to allow the Council to rescind the ballot language for Measure U1 and adopt new wording correcting revenue estimates and acknowledging exemptions for developers and owners of new apartment complexes. However, the meeting was later cancelled due to the lack of a sufficient number of Council members willing or able to attend.

On Monday, instead of attempting to reschedule a special Council meeting to address the issue, the City transmitted the misleading ballot language and exaggerated revenue estimates to Alameda County election officials for inclusion on Berkeley ballots and publication in the Official Voter Guide to be mailed to Berkeley voters.

“The City left us with no choice but to turn to the courts,” Gulbransen said. “We’ll leave it to others to speculate as to why the City Council didn’t act, but the record is clear that they knew what they are doing.”

For the special council meeting that was later cancelled, the Berkeley City Manager sent a memo to Berkeley Council members recommending they rescind and correct the official ballot language adopted by the City Council for Measure U1 on May 31.

In the memo, City Manager Dee Williams-Ridley stated, “It recently came to the attention of staff that a correction to the ballot label (the ballot question that appears on the official ballot) needed to be made in order to reflect the corrected projected revenue.”

Because the revenue estimates prepared for Measure U1 did not take into account the exemption for owners of big new apartment complexes and others, Williams-Ridley said, the projection is inflated and needs to be lowered, from $3.9 million to $2.3 million. But the Council meeting was cancelled and the projection and ballot language was never changed.

When Berkeley voters cast their ballots in the Nov. 8 election, they will have the opportunity to vote on two proposed increases in the city landlord tax — City Council-sponsored Measure U1 and an alternative version that qualified to appear on the ballot earlier this spring. Both measures need a simple majority of votes to pass.

Placed on the ballot via a signature drive sponsored by the BRHC and a petition signed by more than 3,300 Berkeley voters, the alternative measure — appearing on the ballot as Berkeley Measure DD — would raise business license tax on residential rental property owners by 40 percent, from 1.081 percent of gross receipts to 1.5 percent.

Unlike City Council sponsored Measure U1, however, Measure DD does not play favorites and raises the tax rate across the board for all residential rental property owners already required to pay the tax under current city law.

Measure DD would raise an additional $1.5 million a year — comparatively $800,000 less in the first year than City Council-sponsored Measure U1. However, unlike Measure U1, which creates a two-tier tax requiring additional administrative and enforcement costs to manage, Measure DD won’t increase administrative and enforcement costs that offset new revenue. Over time, annual revenue from Measure DD would rise proportionately with increases in total rent payments to Berkeley landlords.

Finally, Measure DD, unlike Measure U1, doesn’t give favorable treatment and tax breaks to developers and owners of new luxury apartment complexes — properties that charge the highest rents are charged and which, by law, will never be subject to city rent control.

Berkeley Rental Housing Coalition is the political action committee of the Berkeley Property Owners Associate, a grassroots trade association that represents owners of residential rental property in Berkeley. BPOA members are a leading provider of below-market rental housing. The vast majority of BPOA residential rental property in the city is covered by and operated in conformance with Berkeley rent control and the city’s stabilization ordinance.