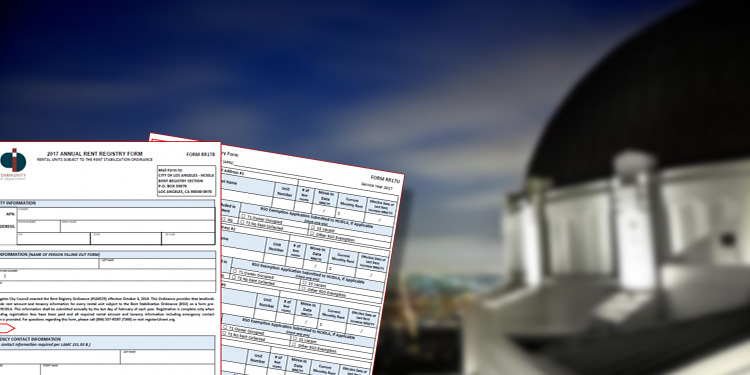 LOS ANGELES, CALIFORNIA – JANUARY 2, 2018: Southern California’s leading advocate for affordable, quality housing, the Apartment Association of Greater Los Angeles (AAGLA), has filed a lawsuit against the City of Los Angeles on behalf of apartment tenants and owners. The lawsuit, filed in Federal Court seeks relief from the City’s Rent Stabilization Ordinance (RSO) that mandates a tenant rental registry and disclosure of sensitive and confidential data as about monthly rental amounts paid by tenants, tenant utility payments, and onsite parking availability.

In September 2016, the City amended the RSO by requiring that apartment owners, as a condition of obtaining a City issued Rental Registration Certificate (without which owners could not legally rent their units), provide the government with sensitive tenant information, including monthly rental amounts paid by tenants, specific unit numbers, utility payments and onsite parking availability. The AAGLA lawsuit alleges that this information is being obtained by the City without the consent of tenants or apartment owners, or through court order and is; therefore, in violation of the Fourth Amendment to the Constitution prohibiting unlawful searches and seizures.

AAGLA’s President of the Board, Earle Vaughan, stated: “The City of Los Angeles’ tenant rental registry is clearly unconstitutional in that it forces apartment owners to disclose confidential data without any sort of due process. The City of Los Angeles is merely conducting an ongoing ‘fishing expedition” without reasonable suspicion, and has discarded any and all probable cause standards in its efforts to gather what amounts to confidential tenant data.”

AAGLA’s Executive Director, Daniel Yukelson, stated: “The City would be better served by obtaining this confidential tenant information directly from the tenants themselves rather than imposing this onerous rental registry on income property owners.”

Yukelson added: “Through its Rent Stabilization Ordinance, the City of Los Angeles has undertaken a vicious campaign against small residential income property owners. The RSO’s new Tenant Rental Registry is just another aspect in the long line of the City’s already overreaching and burdensome housing laws that small apartment owners must contend with, including the latest price-gouging regional trash collection monopolies being sold to the public as boosting recycling.”

AAGLA is represented by attorney Frank A. Weiser of Los Angeles who won a recent lawsuit against the City of Los Angeles in Patel vs. City of Los Angeles (135 S. Ct. 2443 (2015)) under a similar theory as the current lawsuit. In the Patel case, the United States Supreme Court held that the City’s practice of compelling motel and hotel operators to make available for inspection their registry of guests is unconstitutional under the Fourth Amendment. Mr. Weiser stated: “Other municipalities will likely adopt these invasive policies unless a constitutional legal challenge such as this lawsuit is undertaken on behalf of small residential income property owners.”

The Apartment Association of Greater Los Angeles is Southern California’s leading advocate for affordable, quality housing on behalf of rental housing providers. Founded more than 100 years ago, AAGLA’s mission is to serve the interests of multifamily owners, managers, developers and suppliers with services and activities to maintain a high level of professionalism in the multifamily housing industry. AAGLA directly advocates for the rental housing industry locally in the city, county, state and federal government to better serve the rental housing needs of the public in a just and fair manner.