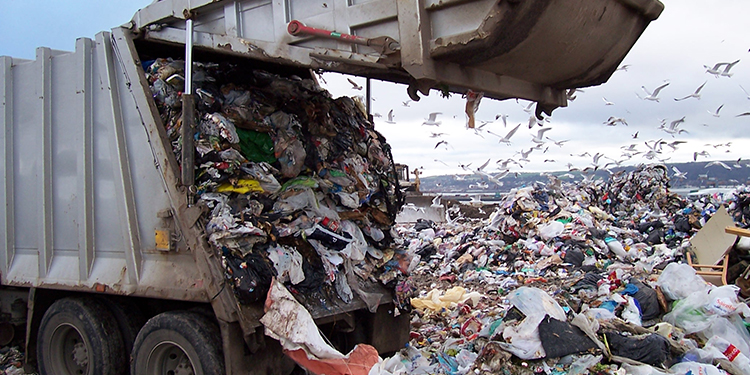 Oakland (June 29, 2016) – The City of Oakland’s trash and recycling contracts represent an unfair and improper tax and are therefore unconstitutional under California law, according to a landmark lawsuit filed today by three multiunit property owners in the city.

The lawsuit accuses city officials of mishandling negotiations with Waste Management and California Waste Solutions and allowing fees to be imposed on multifamily properties that far exceed the cost of provided services. By agreeing to keep the rates for single-family owners flat, the city forced the owners of multifamily units to absorb extraordinary fee increases — costs that will eventually drive increases in rents paid by tenants.

The lawsuit seeks immediate injunctive relief and reimbursement of all illegal fees to property owners.

“Oakland’s mayor and City Council are hurting the very renters they claim to support, signing garbage and recycling contracts that have led to astronomical increases in fees with no corresponding increases in services,” said Wayne Rowland, President of the East Bay Rental Housing Association, which represents more than 1,200 members and over 21,250 rental units — including apartments, condominiums and duplexes — in Alameda and Contra Costa counties.

Many of the allegations contained in the lawsuit were recently confirmed by a scathing report by the Alameda County Grand Jury, which raised serious questions about how the city handled the awarding of the contracts. Rowland noted that the owners of multiunit properties have just been notified of even higher trash and recycling fees starting in July.

“After seeing garbage and recycling rates increase by 150 percent and more last year due to the city’s mishandling of the new contracts, the owners of multifamily dwellings have just been notified that garbage and recycling fees are going up again, this time by at least 20 percent. Enough is enough. We shouldn’t have our pockets picked because of the City Council’s poor decision-making,” Rowland added.

The lawsuit details how Oakland elected leaders mishandled the awarding of the $1.5 billion “Zero Waste” trash and recycling contracts from start to finish, deviating from the city’s procurement process at every turn. The city initially awarded the contracts, covering the collection of residential recycling, mixed materials and organics, and landfill disposal, to California Waste Solutions, even though the politically connected local company had no experience collecting garbage and lacked sufficient equipment.

When the only other bidder — Waste Management — sued the city over the awarding of the CWS contract, the two companies negotiated their own settlement that awarded organics collection and disposal to Waste Management and residential recycling to CWS.

Throughout the process, the Oakland City Council repeatedly changed the bid requirements without considering the additional costs to property owners, who pay the fees. For example, in June 2013, a year after bids were first solicited, Councilman Dan Kalb for the first time suggested requiring multifamily units to separate green waste themselves, rather than provide bulk separation after pickup at far less cost. The onsite separation was eventually approved, and the additional charges passed on to property owners.

After awarding the mixed materials and landfill disposal contract to Waste Management, Oakland City Council inexplicably reopened the contract and approved the addition of so-called “missing fees” on multifamily units without justifying the rates to see if they covered the actual cost of services. These new fees included charges for services that were previously provided free to homeowners, including push/pull trash bin charges of up to $900 a month. The city even allowed Waste Management to retroactively charge multifamily units for three months of push/pull charges without prior notice.

Before the contracts were signed, the city projected rate increases of 30 percent for the owners of multifamily dwellings, when in fact rates jumped 150 percent and more. The plaintiffs named in the lawsuit saw their trash and recycling fees skyrocket overnight:

“Under California law, fees for property-related services like garbage collection are not to exceed what is required to provide the actual service,” said Andrew Zacks, attorney for the plaintiffs.

“Property-related fees that exceed service costs operate as a tax and need to be approved by voters. The fees imposed under the trash and recycling contracts were approved arbitrarily with no understanding of the actual costs. Clearly, they are illegal under the law.”

The city also allowed the contractors to pass a $30 million franchise fee onto ratepayers without justifying the size of the fee or how the money was to be used. In fact, city administrators admitted that a large portion of the franchise fee was being put into the city’s general fund budget to cover expenses not related to the services provided by the contractor. The Grand Jury found that the pass-through costs of the franchise fee represent at least 30 percent of the average multiunit bill.

“Oakland officials have an obligation to all property owners to negotiate the fairest deal possible,” said Rowland. “In this case they failed miserably, and property owners throughout the city are paying the price.”

To support the East Bay Rental Housing Association Legal Fund’s efforts to fight the unfair garbage contract and fight for the rights of property owners and managers, go to www.ebrha.com/legal-fund.