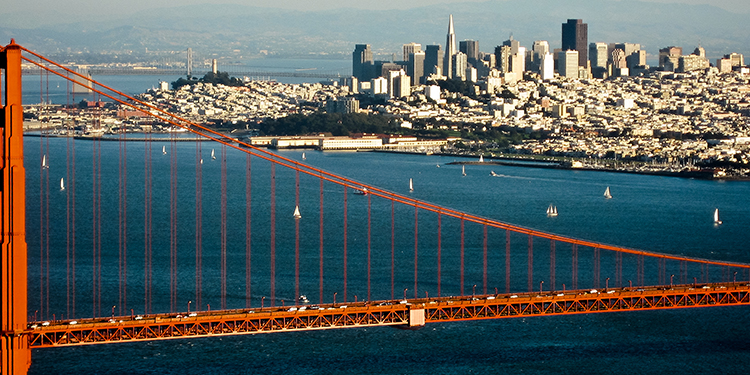 March 22, 2017 – San Francisco – Yesterday, the Small Property Owners of San Francisco (SPOSFI) and a group of local property owners prevailed in the Court of Appeal against the City and County of San Francisco. The lawsuit challenged a recent ordinance that dramatically increased relocation payments that San Francisco landlords must give to tenants whose rental units are withdrawn under the state’s Ellis Act. (The Ellis Act is a California state law that guarantees property owners’ right to “go out of the rental business”.)

A copy of the Court’s decision is available at http://www.courts.ca.gov/opinions/documents/A145044.PDF.

Attorneys Andrew M. Zacks and Emily L. Brough of Zacks, Freedman & Patterson, PC represented the petitioners at both the trial court and the appellate level, winning in both instances. Andrew M. Zacks said, “This is a victory for all San Francisco property owners. The Court of Appeal’s decision makes clear: the City cannot force landlords to remain in the rental business under threat of exorbitant fees and invasive administrative procedures.”

The Court held that the ordinance places unlawful conditions on a landlord’s right to go out of the residential rental business that are not found in the Ellis Act. Writing for the Court, Presiding Justice Barbara Jones found that the ordinance’s Rental Payment Differential obligation – a requirement that landlords subsidize their former tenants’ new apartments for two years – is “a form of ransom which interferes with and places an undue burden on landlords who seek simply to go out of business.”

The ordinance “imposes a prohibitive price on the ability of landlords to exercise their rights under the Ellis Act.” The Court reasons, “A property owner’s lawful decision to withdraw from the rental market may not be frustrated by burdensome monetary exactions from the owners to fund the City’s policy goals.”

The Court finds that the City’s housing crisis is the not the fault of an individual landlord who exits the residential rental business, but rather the consequence of the City’s rent-control laws. The Court writes, “We disagree with the City’s analysis that attributes a tenant’s future increased rent in new housing to his landlord’s decision to exercise Ellis Act rights. This analysis ignores the impact of the City’s policy decision to impose residential rent control, creating a rent differential.”

The Court also notes serious concerns regarding the ordinance’s procedure for landlords to request a hardship-related fee reduction from the Rent Board: “Forcing an owner to endure an uncertain administrative procedure of unknown duration requiring the disclosure of sensitive personal information simply to find out whether relocation payments are financially prohibitive may impose a prohibitive price on Ellis Act rights.”

This is the City’s second attempt to dramatically increase Ellis-Act relocation payments. On April 15, 2014, the City enacted Ordinance No. 54-14 to “mitigate adverse impacts of tenant evictions” under the Ellis Act. Ordinance 54-14 entitled a tenant evicted under the Ellis Act to an increased relocation payment set as the greater of the existing relocation payment, or the “Rental Payment Differential.” (S.F.Admin.Code, ch. 37, § 37.9A, subd. (e)(3)(E).) The “Rental Payment Differential” is the difference between the tenant’s current rent and the prevailing rent for a comparable apartment in San Francisco over a two-year period. The ordinance took effect on June 1, 2014. SPOSFI challenged Ordinance 54-14 in the Superior Court of San Francisco in Case No. CGC-14-540709. The Superior Court held that the payment requirement under Ordinance 54-14 was preempted by the Ellis Act and invalid.

Following the Superior Court’s decision, the City enacted a revised version of the ordinance, Ordinance No. 68-15. The new ordinance differs from the previous version in two ways: first, this new enhanced relocation payments are capped at $50,000.00 (whereas the former scheme could easily hit six figures); second, to be eligible for the enhanced payment, tenants must return a “declaration” stating under penalty of perjury that they will use the payment for Relocation Costs. In response, SPOSFI filed a new petition for writ of mandate and complaint for declaratory relief in the Superior Court, arguing that the ordinance deprives property owners of their right to go out of the residential rental business under the Ellis Act. The Superior Court enjoined the City from enforcing Ordinance 68-15, finding that the new ordinance was likewise preempted by the Ellis Act. The City appealed, and yesterday, the Court of Appeal affirmed the Superior Court’s decision.

Founded in 1998, the Small Property Owners of San Francisco Institute provides owners of small rental properties in San Francisco the tools and information necessary to conduct business successfully in the changing marketplace. Through education programs, publications and workshops, SPOSFI helps 2,000 members understand their rights and obligations, how to work constructively with government officials, and how to deal effectively with their tenants. SPOSFI is a non-profit organization with a volunteer board. For more information, call (415) 647-2419 or visit www.smallprop.org.

Zacks, Freedman & Patterson, PC is a law firm dedicated to advocating for the rights of property owners. With experience and knowledge in rent control issues, zoning, permitting, transactional disputes and other real estate matters, Zacks, Freedman & Patterson, PC has successfully advocated its clients’ positions before local administrative tribunals and at all levels of the State and Federal courts, including the U.S. Supreme Court. For more information, call (415) 956-8100 or visit www.zfplaw.com.