Blowing Up Costa-Hawkins: What is It and Why Should You Care? 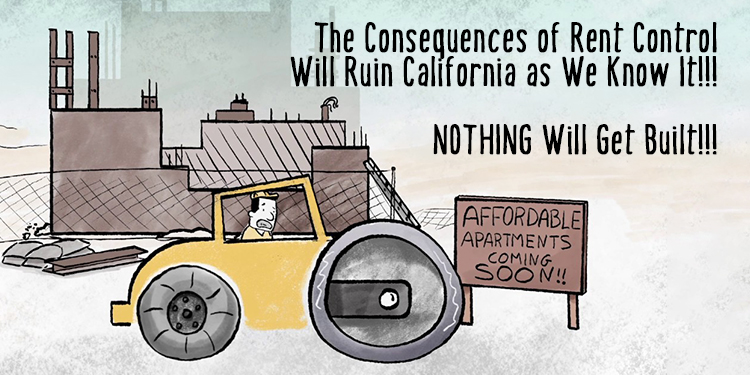 It is Not Just Your Apartments, But Single-Family Homes and Condominiums Will Also be Impacted

Although a great deal has already been said about it, there is much more discussion and debate to take place this year regarding the Costa-Hawkins Rental Housing Act of 1995 (“Costa-Hawkins”). Anyone that owns a residential property here in our Golden State of California, whether new or old, or whether multi-family, single family or even a condominium needs to be informed and care about Costa-Hawkins.

Costa-Hawkins is a landmark, California state law that places protective limits on local rent control ordinances. Costa-Hawkins provides two major benefits: (i) first, it prohibits municipalities from establishing rent control over certain types of housing units such as single-family homes, condominiums, and newly constructed rental units; and (ii) second, it permits “vacancy de-control”, or in other words, it allows rental housing providers to set their rents at the prevailing market upon a tenant’s vacancy. Without Costa-Hawkins, rental housing providers in cities such as Santa Monica and West Hollywood could not raise their rent to market under any circumstances. It is Costa-Hawkins that mandates cities to permit an apartment owner to rent an apartment, when vacant, at any price (e.g., market price).

Before Costa-Hawkins, rental housing providers in many jurisdictions were often forced out of business and faced bankruptcy. Prior to the protections provided under Costa-Hawkins, a rental housing black market formed, and apartment buildings became dilapidated due to deferred maintenance as owners suffered financially. It was not that long ago when the City of Santa Monica was referred to as the “Skid Row by the Sea” because housing providers could no longer afford to upkeep their properties.

Causes Leading Up to Rent Control

Rent control policies first appeared in the early and mid-1900s during the World Wars in reaction to these two national emergencies.  It was then during the late 1970s that various municipalities throughout California and nationwide began enacting rent control ordinances due, in part, to rising real estate values and surging interest rates, which had made single-family homes in California less and less affordable. As a result, people began moving into apartments in larger numbers causing a rental housing shortage. At the same time, municipalities were making poor land use decisions by restricting construction of new housing units. As the demand for rental housing increased and the supply decreased, rental housing providers increased rents – it’s just the “old” supply and demand. And, to make matters worse, in the “perfect storm,” state and federal low-income housing assistance fell, Inflation increased, and yet at the same time, wages and salaries fell.

The City of Berkeley became the first California city to adopt a post-war rent control ordinance in 1972. In 1976, Governor Jerry Brown, vetoed state legislation (AB 3788) that would have prohibited local rent control laws. AB 3788 was supported the California Housing Council (CHC), a real estate trade association.  Subsequently, the CHC was able to get an initiative to prohibit rent control laws on the ballot in 1980, Proposition 10, but this initiative was soundly defeated.

In the meantime, in June 1978, Proposition 13 had been approved by a two to one margin by California voters. Prior to the election, Proposition 13 proponent, Howard Jarvis, and the California Apartment Association had suggested that landlords would lower rents if Proposition 13 were to pass. Apparently, numerous voters were said to have thought that by lowering landlord property taxes, Proposition 13 would automatically mean lower rents. The CHC, then became fearful of a tenant backlash if landlords failed to follow through in lowering rents and decided to oppose Proposition 13. Despite post-election efforts by Governor Brown and the CHC, few landlords lowered their rents.

While the strength of the tenant activism eventually began to dissipate, later attempts to repeal rent control at the state level failed. Today, approximately two-dozen out of 482 California cities have enacted rent control laws.

The Birth of the Costa-Hawkins Rental Housing Act

Authored by Jim Costa, a Democrat Senator from Fresno, and Phil Hawkins, a Republican member of the Assembly from Bellflower, Costa-Hawkins was first introduced in the Senate and eventually became Assembly Bill 1164. After several negotiated changes, it was passed in both chambers. Republican Governor, Pete Wilson, then signed AB 1164 into law and Costa-Hawkins was born.

Although Costa-Hawkins placed limitations on rent control, which was an agenda more favored by Republicans, quite a few Democrats supported the Act. The pro-tenant Western Center on Law and Poverty (WCLP) requested several amendments to the bill such as the prohibition of rent increases “if serious health, safety, fire, or building code violations were discovered and not corrected for six months.”

Costa-Hawkins was later amended in 2002 to close a loophole and clarify the law related to condominium conversions. It prevented owners of apartment buildings, who obtained a certificate for conversion, to an exemption to rent control laws, without selling any such apartments as condominiums.

Life Before Costa-Hawkins and the Passing of the Ellis Act

Without vacancy-decontrol afforded under Costa-Hawkins, municipalities can control the rental marketplace in its entirety. Some cities, such as Santa Monica before the passage of Costa-Hawkins, have exercised “vacancy control” by limiting what rental housing providers can charge for their units once a tenant vacates. Without the protections of Costa-Hawkins, rental housing providers simply could not keep up with the increasing costs to profitably operate their property. As a result, some owners decided to leave the multi-family housing business entirely, while others converted their properties to other uses, such as condominiums.

It is clear that Costa-Hawkins has been a great lifeline to the rental housing industry and to property owners who have been able to make-up for some of the lost rental income “ground” once units are vacated.  Without Costa-Hawkins protection, rent control laws would expand and California would return to the “dark ages” when the worst effects of rent control were allowed to thrive without abatement while at the same time driving owners out of business, creating a decaying housing stock and drastically reducing housing supply.

Some price control extremists have suggested only certain portions of Costa-Hawkins be modified by, for example, removing only the prohibition on new construction, which excludes from rent control properties built 1995 or later. The multi-family housing industry considers any attempt to alter Costa-Hawkins similar to allowing the “camel’s nose under the tent,” and any change, no matter how extensive, can only lead to a moving the goal post until it is ultimately repealed in its entirety. When it comes to Costa- Hawkins, any modification is the proverbial red line in the sand.

Costa-Hawkins is now being threatened with repeal both in the state assembly, and by well-organized, and extremely well-funded tenants’ rights groups who have submitted a ballot initiative. We, as rental housing providers, are under attack! If repealed, many municipalities would dramatically expand rent control.

A bill, AB 1506, that has been proposed by Assembly Member Richard Bloom, a Democrat from Santa Monica, would repeal Costa-Hawkins. However, that bill has been temporarily put on hold by its author amid fierce opposition from the rental housing industry. AB 1506 proposes a simple, one-line repeal of Costa-Hawkins. Bloom’s bill must pass the Assembly by the end of January, but even if it fails, it is likely that another legislative attack will be introduced in early 2018. The simple text of the bill is as follows:

“THE PEOPLE OF THE STATE OF CALIFORNIA DO ENACT AS FOLLOWS:

In addition to the Bloom bill, a new threat being led by tenant advocacy groups and Michael Weinstein, president of the AIDS Healthcare Foundation. These rent control zealots have proposed a ballot initiative that would repeal the Costa-Hawkins. This group is well organized and well-funded, and have raised, by some accounts, more than $20 million to ensure this initiative gets on the ballot and is passed. The proponents of this initiative submitted a letter to the California Attorney General requesting a title and summary for the initiative on October 23, 2017, which at the time this article was written, was pending issuance by the California attorney general’s office, but expected on December 27, 2017. The proponents will then need to gather the required 365,880 valid voter signatures in order to get on the November 2018 ballot.

Your Apartment Association of Greater Los Angeles and its allied rental housing associations have been able to defeat similar attacks against our industry at the State level many times before. However, this initiative and the bill proposed by Assembly Member Bloom are some of the most awful and egregious political threats to the rental housing industry in AAGLA’s 100-year history! We ask that each of our members be informed, attend Apartment Association meetings, write letters to your legislature, and actively help us to overcome the looming threat to our property rights. You need to care about Costa-Hawkins. Together we can win! Join AAGLA today at www.aagla.org.