Battle for Rent Control in Richmond Lands in Court 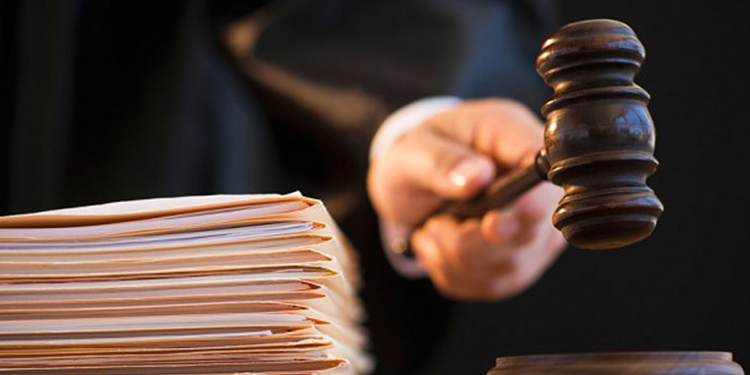 Opponents seek to halt implementation of new law; Supporters argue law is based on existing rent control ordinances and is “bullet proof”

The protracted fight to establish rent control in this working class city of 110,000 people arrived in court Wednesday as the opposing sides took turns arguing the merits and the pitfalls of the law, approved by 65 percent of voters last November and already in effect.

Despite the overwhelming support for rent control and just cause for eviction, which requires a valid reason before evicting a tenant, the law has been challenged by the California Apartment Association, an industry group that represents 50,000 landlords in the state. Last month, the group sought a preliminary injunction to stop Richmond from implementing rent control, arguing, among other things, that barring landlords from collecting as much rent as market forces allowed and letting tenants sublease units amounted to the taking of private property and would result in irreparable harm.

“There are major problems with the law… and it would be unfair for residents to put into place a law before it is carefully reviewed to make sure it meets the legal standard,” argued Karen McCay, an attorney representing the California Apartment Association.

But Leah Castella, an attorney with Berk, Williams & Sorensen who is representing the city in the fight, said landlords could petition the Rent Control Board if they felt like they were not getting a fair return. She also argued that roll backs on rents to what they were prior to landlords rushing to increase prices in anticipation of rent control were also legal, and have been upheld in several past cases.

Last year, Richmond became the first city in California in more than 30 years to approve rent control, despite fierce opposition by the real estate industry and massive campaign spending to defeat the measure. After the city council approved the law, the apartment association mounted a successful repeal effort by obtaining enough signatures to qualify for the November 2016 ballot. The measure was approved by more than 65 percent of the voters.

The rent control and just-cause ordinance, known as Measure L, caps annual rent increases on units, excluding single-family homes built before 1995, to no more than the rate of inflation. Perhaps most important, it requires landlords to give a valid reason before evicting a tenant, such as not paying rent or violating the terms of the lease.

In court Wednesday, opponents argued that the Rent Stabilization Board that will be formed to oversee the program does not give property owners equal representation. Under the current set up, property owners or others who have real estate interests must make up two of the five seats on the board.

Richmond’s new law is modeled on similar rent control laws in San Francisco, Berkeley and Santa Monica that give equal power to both tenants and property owners. Castella, the attorney who represents the city, also disputed plaintiffs’ argument that it would now be “nearly impossible,” in the words of the association, to evict problem tenants. Castella said the law allows owners to evict people if they don’t pay rent, create repeat nuisance or violate the terms of the lease. It also allows the owners to move back in when they choose to.

“It is not enough to say that there are problems in the ordinance, especially when 65 percent of the voters approved it,” Castella argued before Contra Costa Superior Court Judge Judith Craddick.  “The plaintiffs have presented a parade of horribles (of theoretical situations), yet none of it has been backed up by any facts.”

A ruling is expected next week. If the preliminary injunction is granted it will automatically suspend the city’s rent control law until a lawsuit filed by the California Apartment Association winds its way through the courts. If it’s denied, rent control and just cause will be upheld for the time being, pending the outcome of the litigation.

Rent control measures in Mountain View and Santa Rosa have also met legal challenges. In Mountain View, the rent control and just cause law passed by voters in November has been stayed by the courts after the California Apartment Association filed for a temporary injunction. And the law enacted by Santa Rosa in August was repealed after the California Apartment Association gathered enough signatures to invalidate the council’s vote.